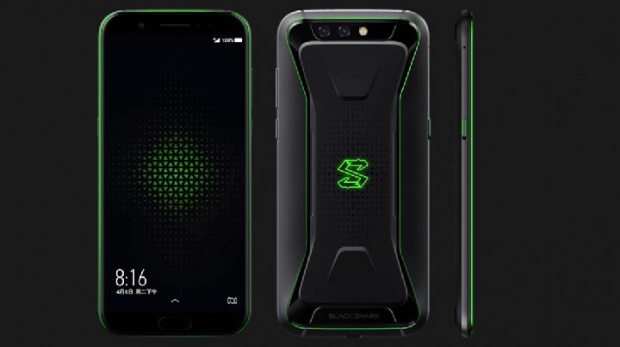 The introduction of Razer Phone 2017, identified a new niche in the smartphone market and with the launch of its gaming-centric Phone, Razer created a new trend which was followed by ASUS ROG Phone and the Xiaomi Black Shark. Just like the Razer Phone, Xiaomi’s gaming device is about to be refreshed, according to a recently leaked video, and it might just be called the Black Shark 2.

The most recent evidence for a Black Shark 2 comes in the form of a video leaked to microblogging site Weibo, detailing all the colors that this new device could do. It was reproduced on YouTube by SlashLeaks.

Xiaomi’s second-gen gaming handset looks like a refined version of its predecessor. The fingerprint scanner has been relocated to the back, and the dual cameras have been aligned vertically. The volume rockers and the power/lock key can be spotted on the right-hand side of the device and the dedicated one-touch Shark key that boosts performance is on the left.

The leaks confirm that the phone will run Android, have two SIM card trays, and support 4G LTE connectivity. It also says that the new phone will sport a 5.99-inch FHD+ display with a resolution of 1080 x 2160, which is the same as its predecessor but it seems that the body of the phone would be a little taller and slightly thicker than the original Black Shark. The huge 4,000mAh battery will also continue to be a part of the package. The rest of the hardware is expected to remain the same, with the Snapdragon 845 64-bit octa-core SoC providing the firepower, but we can hope that the Black Shark 2 will have up to 8GB of RAM.

There is a high possibility that this listing pertains to a budget variant of the Black Shark and not the successor, with feature bumped up specs and a larger screen especially considering that Xiaomi was able to release Pocophone with the latest Snapdragon chip with minimal price. However, until the listing is updated with complete specifications, it is hard to say anything with the utmost certainty.

The leaked poster suggests the Xiaomi Black Shark 2 smartphone will launch on October 23rd. However, Xiaomi is yet to officially acknowledge the existence of the Black Shark 2. Moreover, the time difference between the first generation Black Shark and the new one is quite small. Hence, there is also some doubt about the credibility of the poster.