Apple mocks laptop users in its new ad to get iPads 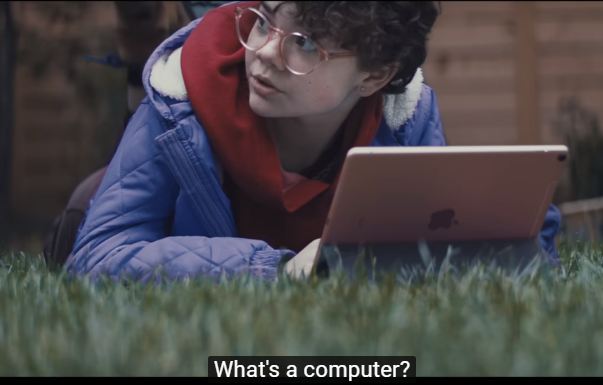 Recently, Samsung trolled Apple in an ad where they suggested iPhone users to ‘upgrade to the galaxy’ and then Microsoft’s CEO teased iPad users to ‘get a real computer’, I was wondering why Apple is not replying in the same manner. And here they come with a brand new ad of iPad Pro showing how it can act as a replacement for PC.

The ad seems to be the exact response of the occasion where Microsoft’s CEO, Satya Nadela suggested two journalists using iPads to get a real computer. The ad features a young kid efficiently using a 10.5-inch iPad Pro paired with a Smart Keyboard and Apple Pencil. The kid featured in the ad is presented as the next generation youth, who is unaware of the old school computers.

It looks like Apple is particularly targeting PC switchers with this ad, which is even titled “What’s a computer.” The description for the video also notes of the PC power, touting that “with iPad Pro + iOS 11, a post-PC world may be closer than you think.”

The character of the ad is never sitting at a desk. She’s always on the move, always using her iPad. It can be outside in the garden, traveling in a bus, at a coffee shop or sitting at the top of a tree. In this ad, the eager kid can be seen writing papers with Microsoft Word, snapping images with the rear camera, sharing screenshots with friends, and more.

The ad ends with pointing a question where the mother asks the kid, “What you are doing on the computer?”, the kid replies “What’s a Computer?”.

The iPad Pro comes with a handful of features like edge-to-edge display and iOS 11.1. While the question still exists that whether iPad Pro is a perfect replacement for our laptops and computers. What do you think about iPad Pro, will it be an alternative? Let us know in comments below! 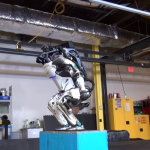