During the court hearing today, the Interior Ministry told Islamabad High Court (IHC) that Facebook has taken down 85 percent of blasphemous content from the social networking website on the request of Pakistan Government.

On the hearing of the petition filed for the removal of blasphemous content from social media, Chief Justice Islamabad High Court (IHC), Shaukat Aziz Siddiqui, was told last week that the Interior Ministry had arrested an individual in the case. Chief Justice asked the Ministry to submit its latest findings in the form of a report on March 27th.

Interior Secretary Arif Khan apprised the court today that Facebook has shown a positive response with regards to assisting Pakistan for blocking sacrilegious content from social media. He also reported that only 15 percent of such content was remaining and blocking Facebook was not the solution.

Secretary added that at least three suspects were under constant surveillance and the names of a few more suspected persons were also put on the Exit Control List (ECL). He said that the Federal Investigation Agency (FIA) has seized their mobile phones and laptops and the investigation revealed that two of the suspects were directly involved in posting blasphemous content online.

Pakistan Telecommunication Authority (PTA) Chairman Ismael Shah said that a team of 25 members has been working to search blasphemous content online and the authority has so far taken action against 40 such pages.

Chief Justice ordered IT Ministry to work on resolving this issue and also asked all parties to submit their progress reports on March 31st.

Previously, FIA had contacted Interpol and Facebook to identify the social media pages and accounts containing blasphemous contents that violate international laws. Prime Minister also took notice of the incident and directed all relevant authorities to identify the people behind this propaganda and take strict legal action against such individuals. 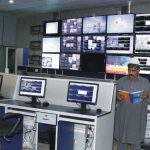