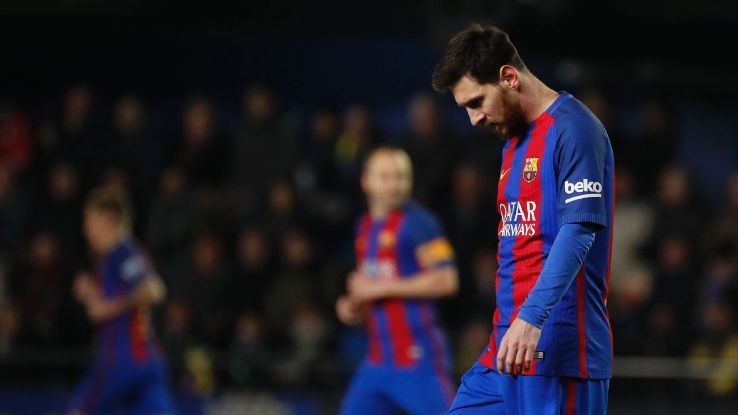 Both the Facebook and Twitter handles were reportedly hijacked by a notorious hacker group, OurMine. After taking down the club’s social media accounts, OurMine started posting fake status updates. It even posted a fake update on a player’s transfer which quickly went viral. The tussle continued for some time between the two entities before the club was finally able to regain full control and make the corresponding announcement.

During the hack attack, the hackers also tried to make hashtag #FCBHack trending on the Twitter platform. The same account was used to proclaim responsibility by the hacker group. 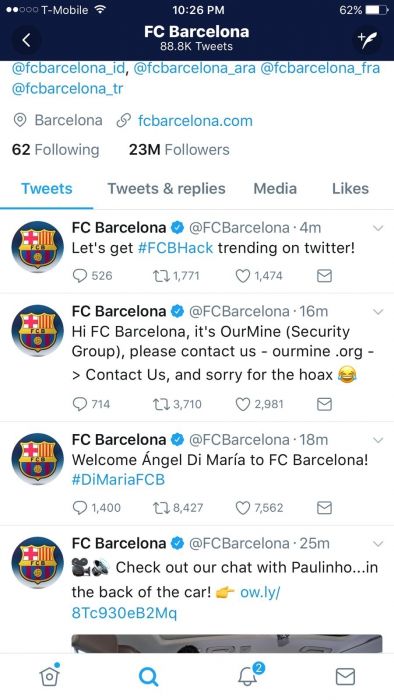 OurMine also tried to create hype over the transfer of a PSG player Di Maria to Barcelona. “Welcome Angel Di Maria to FC Barcelona #DiMariaFB,” it said. The announcement quickly gained traction because the club recently faced heat of transfer of one of its main players, Neymar to PSG. FC Barcelona stated that it will be suing Neymar for making the transfer before completing its contract with Barcelona and that he would have to pay the damages money to the club. Neymar debuted for PSG in a match with Toulouse the past weekend.

All the tweets and posts that happened during the hacking were later deleted as the club regained control. It also confirmed that its social media accounts were indeed being hacked.

Our accounts have been hacked tonight.
We’re working to solve the problem as soon as possible.
Thanks for your patience.

OurMine is a well-known hacker group which has been able to hack social media accounts of very notable influencers including Mark Zuckerberg and Sundar Pichai. It basically is a security company that looks for vulnerabilities in websites of big organizations and social media accounts of their CEOs etc. The group first takes down an account and then asks the users to contact them in order to regain their control.

Microsoft has unveiled Brainwave, a hardware platform for real-time AI