Instagram now lets you add a soundtrack to your stories

Instagram is now allowing its users to add popular copyrighted songs to their Stories.

On 28th June, Instagram announced that they are introducing music in their Stories. Users can select a background track from their phone gallery and add it to their Stories before or after capturing the video. The photo-sharing app also announced that Instagram Stories have now 400 million active users every day. Now we are giving a new experience to our community to get more close to their friends and followers. Instagram writes,

How to add a soundtrack to your story?

When you tap to add a sticker to a photo or video in Stories, you’ll see a music icon. Tap on it to open a library of thousands of songs. Here, you can search for a specific song, browse by mood, genre or what’s popular or trending and tap the play button to hear a preview first. Once you have selected your song, you can fast-forward it and rewind through the track to choose the exact part that fits your story.

Instagram Story feature grew tremendously just in one year. Just in last November, the app had 300 million and 250 million a year ago. The massive increase in a number of Story users is about six times faster than Snapchat’s whole app, which has 191 million users by adding only 13 million daily users over the six months of Q4 2017 and Q1 2018.

The soundtrack feature comes just after a week when we Instagram announced that the app hit the one billion mark of monthly users. Since last few months, Instagram is introducing a lot more interesting features in its platform and already have joined the league of YouTube by launching its TV app, IGTV. The photo-sharing app recently introduced group video chat as well. 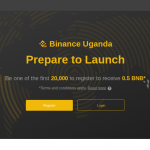 Binance to launch its first Crypto-Fiat Exchange in East Africa