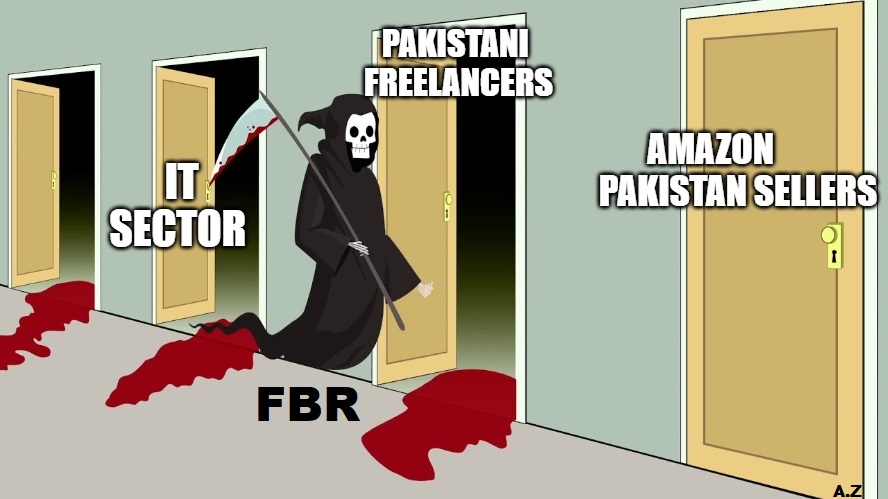 You can be a king or a street sweeper, but everyone dances with the Grim Reaper! He doesn’t disappear…he catches up. And he could be readying its Scythe for a Blyth about to enter its territory.

Last week, Pakistan officially joined the Amazon list of global sellers due to the efforts of the  National E-Commerce Council (NeCC) at large and a coordinated national effort, resulting in widespread optimism – a huge milestone that can boost cross-border e-commerce exports. Regardless, what truly made the Pakistani small and medium-sized sellers jump out of their seats was the prospect of selling directly on the largest E-commerce platform in the world and connecting with global customers. However, there is an “elephant in the room” – the potential E-commerce taxation by the Federal Board of Revenue (FBR) on the newly onboarded Pakistani sellers.

Budding Pakistani sellers are already concerned about the taxes they will have to pay owing to a lack of an E-commerce regulatory framework and the ongoing situation of FBR’s tax notices sent to IT exporters, including freelancers. Salman Ahmed, who operates a mobile phone accessories business on the outskirts of Saddar, said, “I was hoping to make it big by selling on Amazon after the announcement, but the recent statements by the IT minister regarding the FBR’s tax notices are worrying. I mean, if they can tax the IT industry, what’s to stop them from doing the same to E-commerce?”

Fears of similar taxation as the IT industry

The IT Minister strongly objected to FBR’s tax notices recently, which hadn’t stopped despite earlier interventions by the minister.

Today, I’ve expressed deep concern over the FBR’s tax notices to the IT sector, as it’s confusing investors whose exports pave the way of stabilisation & remittances.

However, I thank the IT Task Force for pushing forward the #DigitalPakistan vision & am proud of the milestones. pic.twitter.com/cqj2Bl9xK2

Earlier, the Pakistan government decided to withdraw the tax exemptions available to the IT sector till 2025 and shortly began identifying the companies from whom the tax had to be received, in a move that drew the IT sector’s ire. Crackdowns on freelancers and IT companies were also initiated, and tax notices were sent when Pakistan chased a future $10 billion IT exports target.

Dr. Umar Saif, the former chairman of the Punjab Information Technology Board (PITB), and a senior IT professional warned that the government’s move would “hamper” the  IT exports growth trend.

The Pakistan Software Houses Association (P@SHA), while showing concern towards the move, had said, “FBR’s approach towards Tax Treatment has been detrimental to the IT sector’s growth as its policies aim solely at raising revenue by all means.”

"The government needs to be smarter about tax collection. Instead of taxing the same companies over and over, we need to broaden the tax base" – Jehan Ara @jehan_ara @TheNestiO #ConnectingPakistan https://t.co/utn9MXJFo9 pic.twitter.com/MhfiwCIblP

Read More: Payoneer says it not responsible & businesses should pay their own taxes amid a crackdown on Pakistani freelancers.

The FBR’s controversial efforts to solicit revenue also include the sealing of companies’ offices.

The tax authority had announced a sales-tax hike of 6% on E-commerce goods in a country that has one of the lowest internet penetrations in the world and an internet quality that happens to be one of the lowest in South Asia – a fact that is actively hindering it from making gains in the e-commerce sector according to the World Bank.

Taxation adding to the cost of doing business

Many merchants operate on a smaller scale and hope to benefit from the policy intervention of B2C exports comprising small packet items being considered exports. But, FBR’s potential taxation could make the whole prospect infeasible for them, arising out of the increased cost of doing business and an inability to fight FBR’s tax notices with meager means effectively.

Amazon offers huge scope and potential for Pakistani markets; however, the government’s right policy reforms and facilitation could play a key role in tapping the real potential of this crucial component of business and trade. The timely implementation of an E-commerce policy could enable the Pakistani market to benefit from opportunities in the digital space available to local and foreign firms.

Pakistan’s e-commerce market size posted a growth of over 35 percent in the first quarter of the fiscal year 2021 to Rs96 billion compared to Rs71bn over the corresponding period of last year, and the growth could reach unprecedented levels once sellers register with Amazon on a mass level and start selling. However, abrupt changes in tax policies arising out of an absence of an E-commerce policy would scare away new entrants/investors and cause colossal damage to the growth trajectory of existing players.

Another issue is that all provinces have a different GST regime, giving rise to multiple layers of taxation. The complex tax regime poses a barrier to the sector’s growth, and individual sellers venture into Amazon.

“Taxation is a bigger challenge. We need more of a progressive intervention from FBR and other tax authorities.”, Badar Khushnood, a leading member of the National E-Commerce Council (NECC) who was instrumental in the negotiations with Amazon, had said while expressing potential taxation concerns in an interview. 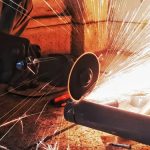