In recent news, Samsung has filed a patent that describes an ‘armor frame’ for smartphones. The patent, which was leaked by ‘LetsGoDigital’ hasn’t disclosed many details other than the name itself.

So far it has been rumored that these armor frames are made of a strong material such as titanium which is stronger than the commonly used aluminum frames. This is right after Samsung had planned to release its new foldable phones i.e. the Galaxy Z fold 3 and the Z Flip 2 and after the leak of another patent regarding Samsung’s new camera.

Though the purpose of this new frame is to ensure rigidity, it is to be noted that the filing of a patent may not lead to the actual finalized product as numerous changes and variances can be expected.

Apart from that, Samsung is looking to make another impact with its upcoming foldable phones and high-end cameras. With Apple’s Spring event done and dusted, which featured some amazing products, the question on everyone’s mind is how will Samsung respond? 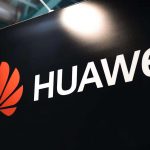