Samsung offers buy one get one free deal for Galaxy S8, with a trade-in

Samsung in an interesting move has launched an offer for smartphone users. The company has announced buy one get one free deal for its Galaxy S8 flagship but there is a catch to this deal and that is you need to give one smartphone to Samsung to get the second Galaxy S8 phone. It means you have to trade-in a smartphone to get two Galaxy S8s with paying only for one.

Similarly, the offer is also open for ones who want to get their hands on Galaxy S8+, however, with the trade-in offer in effect, one will have to pay $100 to get the second Galaxy S8+.

This is not the first time the tech company has offered such kind of deal to smartphone users, previously the company gave $100 and $200 discounts on its Galaxy S8 and S8+ flagships.

See also: Samsung might have just revealed the Note 8

There are few conditions to avail this offer. The phone which you are willing to trade has to be in working condition and in factory reset mode. The screen of the phone shouldn’t be cracked.

The list of the phones which one can trade to get Galaxy S8 and S8+ is as follow.

Once the phones arrive, you’ll have to send in your trade-in to avoid getting charged for the free phone you received from the company. It is to be noted here that this offer is only available and valid in the US. The offer is not currently available in Pakistan. However, Samsung has previously introduced such type of trade in offers in Pakistan. Most recently, iPhone users were given a chance to trade in their smartphones for the latest version of Samsung Galaxy S6 Edge.

Let’s see if Samsung will bring this offer to Pakistan this time or not. 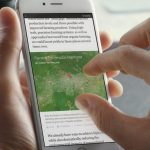