Snap, the parent company of Snapchat has announced a new feature, Clear Chats, that will allow users to delete their unread messages sent to another user’s account. Over the next few weeks, Snapchat will roll out the feature globally, enabling users to delete embarrassing and mistaken messages.

When a user wants to delete a message in a one-on-one thread or a group chat, they can hold down the message to see a Delete button. Once you tap it, Snapchat will retract the message, provided that your app is updated and you have an internet connection. With this feature, you can delete any text, image, video, audio, sticker or memory that you have sent to another user but remains unread. The recipient of the message will also be notified if you delete something, just like Whatsapp.

Previously, this feature was first introduced by Whatsapp which allowed users to delete their messages on group threads or one-on-one chats. The messages could only be deleted for everyone within seven minutes of being sent, but Whatsapp later increased this time-frame. Interestingly, some users also found a hack to recover deleted messages, videos, and photos on the popular messaging platform.

While Snapchat already auto-deletes messages after they are viewed and informs recipient when a screenshot is taken, the Clear Chat feature will provide protection to users if they want to send or delete sensitive information over Snapchat. The feature might be able to attract teenagers who might prefer Snapchat for this feature over SMS and other social apps. Snapchat has been struggling with its numbers, right after it redesigned the platform, and introducing new features such as the AR lens that reacts to sound, to bring back its lost users. 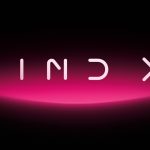