Snapchat’s new update will let you insert links to Snaps

Snapchat has been very active this year also, giving out updates to its users after an equal interval of time, the company has yet again in an impressive move rolled out new updates for its users. Snap this time is rolling out three massive updates which are paperclip feature, voice filter, and on-demand geofilter.

The company has launched these features globally, and for both Android and iOS users. It is to be noted here that the company was against using links on its platform but it seems that Snap has just changed one of its policy. 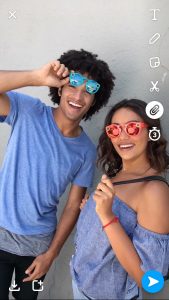 With the paperclip feature, one can attach a link to his/her Snap. The receiver can swipe up to open the external link. One can also add hyperlinks to Snap stories using this feature. The feature is easy to use as one just has to click on paperclip icon to add a link before sending a Snap. Moreover, with the new on-demand geofilter ineffective one can now make his/her special moments more special. The feature will let you create geofilters within the app for special events such as Birthdays and Weddings. The feature is not free one has to pay $5.99 for availing the services of this feature.

Lastly, the company has rolled out voice filters, allowing one to alter one’s recorded voice. Additionally, Snap has also recently rolled out Map feature, enabling one to locate their friends with much ease and also tell what the other Snapchatters are doing in real time. Not only this but the company has released another tool named as “limitless”. The feature will allow one to take Snaps without worrying about time.

Moving onward, the arch rival of Snapchat, Instagram has also rolled out an update for its users. The feature which the company has released is dubbed as “archive”. It will let one hide his/her photos, the ones they don’t want to become public.

With Snapchat rolling out interesting updates for its users, let’s wait and see how Instagram reacts to these updates. 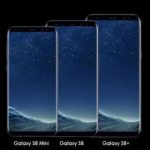