WhatsApp will soon launch In App YouTube playback for videos

WhatsApp updates its platform every now and then, enabling the users to use the platform with much ease. The company is reportedly working on a new feature, which after being launched will allow users to view YouTube videos within the chat window.

Right now, WhatsApp users are redirected to YouTube application in order to view the videos. However, this is all going to change in the new version. The update will allow playback to launch in a picture-in-picture window.

The users will also be able to hide ongoing video to read other messages in the chat box. Other features which will be coming with the update is a full-screen mode.

The update is available for iPhone beta testers.

The company has also removed file type limitation from its platform allowing users to share any type of file. Previously, users were allowed to send limited types of files such as PDFs, Word documents, spreadsheets, and slides. However, with the new update, one can even send other files such as APKs.

WhatsApp has recently launched two new updates for its users across the globe. One is changing the font style of a word and the other is finding emojis in the app with much ease. These updates up till now are only available to Android users. 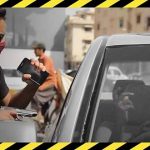 Government launches a website for stolen and lost mobile devices