Facebook scans the photos and links people send to each other on Facebook Messenger. Facebook reads private chat messages which are flagged through automated tools to moderators. The reason for scanning the private messages is to make sure the messaging content abides by the company’s rules and regulations.

The social media platform has confirmed scanning private messages after an interview was published earlier this week with CEO of Facebook, Mark Zuckerberg. The interview raises questions about Messenger’s privacy and practices. Mark Zuckerberg, at the show, told Ezra Klein the story of receiving a phone call related to ethnic cleansing in Myanmar, the messages detected by Facebook were “basically telling the Muslims, ‘there’s about to be an uprising of the Buddhists, so make sure that you are armed and go to this place for safety.’ The Messenger app had detected people trying to send sensational messages through the app. Since August 2017, Rohingya Muslims have been forced to flee Buddhist-dominated Myanmar because of ethnic cleansing efforts by Myanmar security forces, hence the CEO said that he had to take some action.

“In that case, our systems detect what’s going on, We stop those messages from going through.”

The company told Bloomberg that they know Messenger conversations are private, but Facebook scans them and uses the same tools to prevent abuse in its official website of Facebook. The content shared must always abide by the same “community standards.” Facebook also gives the people the right to report posts or messages for violating those standards as well, which would further go for a review by the company’s “community operations” team. Although there are automated tools which do the same work.

“For example, on Messenger, when you send a photo, our automated systems scan it using photo matching technology to detect known child exploitation imagery or when you send a link, we scan it for malware or viruses, Facebook designed these automated tools so we can rapidly stop abusive behavior on our platform.”

The Facebook Messenger app was a part of Facebook’s main service until it was separated into a separate application in 2014. WhatsApp which is also owned by Facebook, is a major chat app. WhatsApp encrypts both ends of its users’ communications, this means that not even the company can see it.

This is the reason that users find WhatsApp more secure for users. Although this makes it more difficult for lawmakers wanting information in investigations. The Facebook Messenger also has an encrypted option, but users have to turn it on and most people never turn it on.

Facebook is in a huge mess these days with revelations that private information of 50M users was leaked. The leaked information ended up in the hands of political ad-data firm Cambridge Analytica without their consent.

Will you keep using Facebook’s Messenger App? Let us know in the comments below. 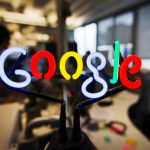