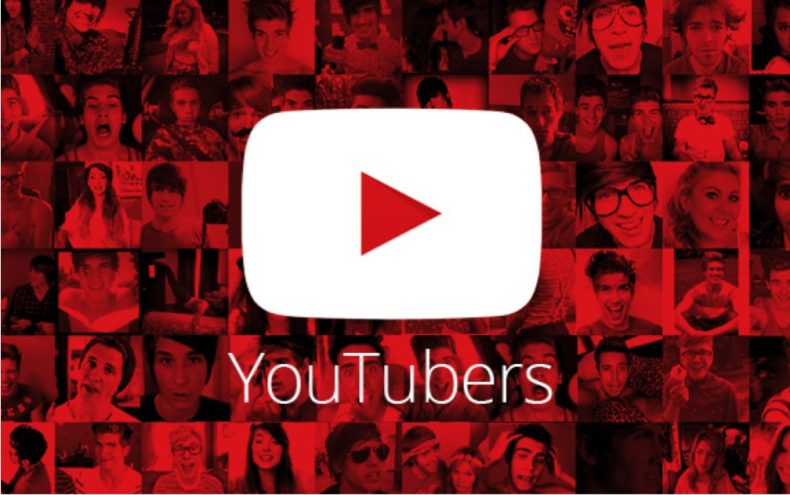 2017 has been a year of memes and videos. Most of us have seen everyone tagging each other under Facebook videos or introducing each other to the most viral YouTube videos. These videos have left songs like Gangnam style, Pen Pineapple, and One Pound fish engraved in our mind. However, the list this year has been a bit different. Here’s a list of the 10 most watched videos of 2017.

The Latino song has 4,467,765,919 views which makes it the most watched videos of 2017. The song has been liked by masses and has been recreated in many languages. It has been the jam of every music lover. Many dance videos of the song have come out.

The song has been sung by Luis Fonsi along with Daddy Yankee and has a nice video which goes along the catchy music. Despacito is the first video on YouTube to exceed over 3 billion views.

This video went viral with 25,336,463 views on YouTube after Professor Robert Kelly was interrupted on an interview on BBC when his two little kids walked in. The professor kept his calm, while his wife took over and saved the day by taking the children outside.

But the viewers had a completely different view on the view. The wife of Robert Kelly was thought of as his nanny, which led to many debates on the pre-existing racism which doesn’t seem to vanish. The issue also made the professor look bad for shutting the kids out.

Later, another interview of Professor Robert Kelly with his wife was on-aired to make up for the first interview.

This video is also on the list of most watched videos with 35,286,508 views. The video is hilarious with the dubbing of everyone’s dialogues at Trump’s inauguration. There are funny remarks like Trump telling Obama, “Now I pretend I like you.” The video has been watched and shared a lot of times.

This, however, isn’t the first video where Trump’s speech is being dubbed. People love seeing the President saying all kinds of funny things, with dubbing, or without dubbing. His Cofveve blunder is a testimony to it.

4. Shape of you by Ed Sheeran

The song got released earlier this year and got praised for the music. It is no secret that Ed Sheeran is the heartthrob every youngster is in love with. And this has been one of the reasons why the song has been appreciated a lot. The song has 2,827,730,608 views on YouTube.

While the song is great and many people still cannot stop listening to it, there are some people who find it downright ridiculous. The song’s lyrics come off as objectification of women. And hence, many take offense. But a controversy is just another factor that increases the viewership of a video.

The song is one of those that make you wish to dance for hours. The song has a very crazy and catchy tune. And has been loved by many for the dance and the song.

Even though the song is Spanish, it is still everyone’s favorite. This is evident by the fact that the video has 1,394,712,229 views on YouTube.

In the beginning of 2017, a video went viral where the speeches of President USA, Donald Trump along with former President USA Barack Obama have been compiled into the Barbie Girl song. It has been so immaculately done, that one awes at the perfection of the video.

The video has 10,219,088 views on Youtube. It is not the first time such a video has been made. And many presidents have had their speeches compiled into different songs.

7. See you again by Wiz Khalifa and Charlie Puth

We all love the sad blues, and we can’t deny this. While the memes and funny videos have always won the hearts of people, sad blues make their space into our hearts too. And that is why See you again was the most watched video of 2017 before Despacito broke the record.

The song is Fast and Furious movie’s soundtrack and has over 3,257,826,276 views. It is a very emotional song because it features the late Paul Walker.

8. Until We Become dust again

The video with a beautiful performance on a reality show in Thailand has 184,558,807 views on Youtube. It is a motivational song with beautiful lyrics. The song doesn’t make sense if listened without subtitles, however, with subtitles, it makes a lot of sense and that’s why it is liked by so many people.

The song also gets maximum views because the person performing the song is wearing a mask, and therefore increasing the curiosity of audience about the artist.

This Columbian song also makes it to the list of most watched videos with 91,465,568 view. The song is another one of those with catchy tunes and nice Spanish dance. It isn’t a fast paced song unlike Despacito, but has the lyrics that can just win you over.

Bruno Mars has ruled the hearts of music lovers for long now, and he doesn’t seem to stop doing that anytime sooner. His song That’s what I like is loved by many, and the song has 1,076,110,145 views on YouTube.

Bruno dances perfectly to the beat in the video with cool illustrations all around him. He has produced the kind of music that is liked among teenagers all over the world.