Is Facebook going to pay billions of fine for its Tag Suggestions?

Post Cambridge Analytica scandal and Mark Zuckerberg’s testimony, trouble is still not letting go of Facebook. A federal judge has now ruled that Facebook must face a class action lawsuit on its facial recognition feature, reports The Verge. The lawsuit alleges that the feature violates the law of Illinois state by storing biometric data without user consent. Now the biggest social network could face billions of dollars in fine.

Facebook’s “Tag Suggestion” tool has come under fire in this lawsuit. The tool identifies users in photos and automatically suggests friends of the user be tagged. The complaint filed says that Facebook collects and stores biometric data without prior notice or consent, violating user privacy rights. According to the Illinois Biometric Privacy Act (BIPA), explicit consent is required before any company can collect biometric data such as fingerprints or facial recognition samples.

With this court order, millions of Facebook users can collectively sue the social network for violating the biometric privacy act. Each time a user image was used without permission and consent, Facebook will have to pay a fine between $1,000 to $5,000. This fine can amount to billions depending upon the number of users coming together to file a complaint against the social network.

Facebook does not keep face signatures and only stores face templates. However, the lawsuit claims that Facebook computed over 76 percent of face signatures of the faces in photos. According to Facebook, they have always indicated clearly how the feature works and users have the option to turn it off as they like. The biggest social network said, “We are reviewing the ruling. We continue to believe the case has no merit and will defend ourselves vigorously.”

The lawsuit comes after the Facebook scandal which stirred quite a debate on how social media networks store user data, track their web activity and violate user privacy. 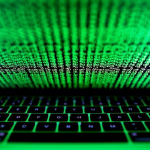