Pakistan’s digital industry had demanded that the government focus on the country’s digital transformation rather than moving ahead with “Ban-Astan” while also urging for a digital emergency in February. Just a week later, the government banned TikTok, and a month and a half later, the government banned social media nationwide this Friday, the 8th recorded instance of such a ban. The question that arises is, how will the Imran Khan-led government materialize its famed “Digital Pakistan” vision, bring PayPal to Pakistan (a long-standing election promise) or convince the social media giants to open offices in Pakistan, with little regard for its citizens’ digital rights?

Here is a rundown of Pakistan’s decade long history of banning various forms of social media for religious, political, and social reasons:

YouTube was blocked in Pakistan following a decision taken by the Pakistan Telecommunication Authority on 22 February 2008 because of a controversial Dutch film. On 26 February 2008, the ban was lifted after the website had removed the objectionable content from its servers at the demand of the Government of Pakistan.

The Chief Justice of the Lahore High Court ruled in favor of a petition to ban social networking websites, including Facebook, Yahoo, MSN, and Wikipedia.

On 25 November 2017, mass-scale blocking of social media and content-sharing websites, including YouTube, Twitter, and Facebook, throughout Pakistan was imposed by the government in response to violent protests and lifted after the protests’ end.

On October 9th, 2020, TikTok was banned by Pakistan Telecommunication Authority (PTA) for “immoral content,” soon after PM Imran’s statement that the platform spreads vulgarity. After the TikTok management held a virtual meeting with PTA to lobby for its restoration and assuring to remove objectionable content, TikTok was unbanned after remaining inaccessible for 10 days.

Less than 6 months after the 1st ban, Peshawar High Court (PHC) ordered a 2nd ban on the app on March 11, in response to a petition filed in the high court on September 8, 2020. The ban was put in place for the same reasons cited for the 1st ban. The Peshawar High Court (PHC), later that month, lifted the ban on TikTok, directing the Pakistan Telecommunication Authority (PTA) to take more steps to curb immoral content.

The Pakistan Telecommunication (PTA) was directed to shut the services of Twitter, WhatsApp, Facebook, YouTube, and Telegram on 16th April 2021, for 4 hours to maintain the “law and order situation” since it stood as the only option available to the authorities.

No end in sight to Ban-Estan

The constant banning of social media platforms not only impacts the livelihoods of those attached to it but hurts the IT-enabled services and damages Pakistan’s reputation globally – a fact acknowledged by PTI’s very own Zia Bangash. Despite repeated pleas by the IT sector to end the ban culture, there appears to be no end in sight.

Why would any IT/tech/social media company want to invest in a country that maintains such an unstable digital atmosphere and keeps banning social media at the very first sign of trouble? The fact that despite the government’s urging, most major tech companies are reluctant to launch in Pakistan shouldn’t come as a surprise. 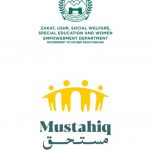